In September 1890, Fujikura purchased the land of the Kishu Tokugawa family at 900, Sendagaya, Tokyo, and built a new plant. The premises already had a big, powerful watermill installed on a canal from the Tamagawa Waterworks. The plant started manufacturing of rubber-insulated wires by driving rubber rollers with the power of the watermill. Before that, Japan did not manufacture rubber-insulated wires and had to import expensive products from overseas. As it was said, "the one who commands the rubber will command the electric wires," it was an earnest wish of any electric wire manufacture to complete its own rubber-insulated wire. The plant has premises of 330 m² and the watermill had a diameter of 5.4 meters. 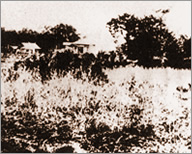 West Exit of Shinjuku Station in around 1887:
The plant was located beyond the woods
in the left deep position. 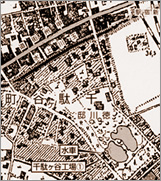 Sendagaya Plant 1:
Watermill and plant buildings are visible in the map.
The Shinjuku Station is on the top right position of the map
(1909 map by the Geographical Survey Institute)

The Sendagaya Plant was moved to another location with address 922 in June 1896. At that time, we did not have a steam engine though it was urgent to begin mass-production of rubber-insulated wires. Fortunately, we found a silk mill that has been suspended of operation due to slump and had a steam engine and a watermill with a stronger power in the neighborhood of the first Sendagaya Plant. The mill has premises of nearly 3,300 m2 that were rather too large at that time, but Zenpachi decided to buy it by anticipating expansion of business in the future. This purchase has made it possible to complete all of the rubber-insulated wire manufacturing process in a single workshop, and increased the manufacturing capability drastically. Its main products were Tokyo wires and paraffin wires, and it was still struggling hard for improving the quality of rubber-insulated wires. Therefore, in July 1897, Zenpachi sent his nephew Kenzo Okada to the USA to have him learn the rubber-insulated wire technology. Kenzo Okada came back in August 1900, and played the most important part of the technological aspect of the company since then. In 1901, an unlimited partnership named Fujikura Electric Wire & Rubber Co., Ltd was founded and, later in 1910, Fujikura Electric Wire Ltd. was organized to expand the scale of the electric wire business. 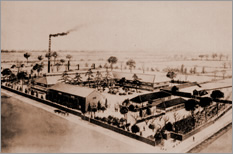 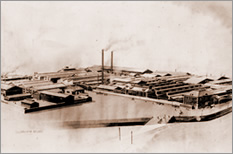 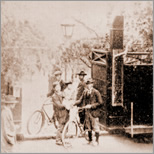 Gate of the Plant 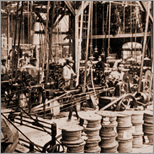 Inside view of the plant 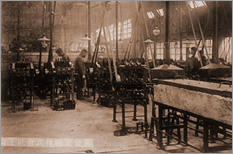 Tomekichi Fujikura was born in Funatsugawa, Ueno-mura (presently Sano-shi), Tochigi, as the youngest brother of business founder Zenpachi Fujikura on November 28, 1868. After returning from study in the USA in 1890, Tomekichi was adopted as the son of the Matsumoto family and became Tomekichi Matsumoto. He ran a western furniture shop in Yokohama, and also assisted the research into the rubber-insulated wire of Zenpachi who was living in Tokyo. As Zenpachi later asked Tomekichi to dedicate to the electric wire business, Tomekichi closed his shop in May 1901 and moved to Tokyo. It was in October of the same year that Zenpachi passed away.

Tomekichi succeeded his business, immediately reorganized his personal business into a private corporation, founding Fujikura Electric & Wire Rubber Co., Ltd on October 25 and became its representative. Thanks to the energetic activities of Tomekichi, the electric wire business developed greatly and the reputation of the company established firmly as seen with the words of "Fujikura of Technology."

On March 18, 1910, he separated the electric wire division to expand the electric wire business and founded Fujikura Electric Wire Corporation. Tomekichi was aged 43 at that time. In spite of several disasters including the total destruction of the plant due to a whirlwind in 1903 and the destruction by fire of the Fukagawa Plant at the time of the Kanto Earthquake in 1923, Tomekichi restored business promptly by taking the positive initiative. The number of companies in which Tomekichi was involved increased to 45 companies by 1938. Tomekichi Matsumoto passed away on March 24, 1938, at the age of 71.